Home » Saving A Species From Extinction & Protecting The Rainforest

Saving A Species From Extinction & Protecting The Rainforest

An interview with Leif Cocks, founder of The Orangutan Project

Orangutans are critically endangered and human activity involving deforestation is driving this umbrella species to extinction. If we humans don’t make drastic changes in the next decade to save their habitat, they as well as a variety of other species, will be wiped out.

Someone who is doing something about this is Leif Cocks. Leif is an orangutan expert and the founder of The Orangutan Project @theorangutanproject which is an organization that works to save orangutans from extinction. He has been a key player in developing conservation plans for orangutans and influencing positive change for orangutan protection and survival. A small population biologist and curator by trade; Leif has several academic qualifications, including a Masters of Science studying orangutans. He lectures at universities, is a seasoned public speaker and has published several papers on orangutans in peer-reviewed journals.

In this interview he talks about the characteristics of orangutans, what his organization does to help them and how every individual can play their part in preventing them from going extinct.

Make sure to have a listen

This episode was recorded earlier and published on March 19th, 2021 on The Insider Mom Podcast 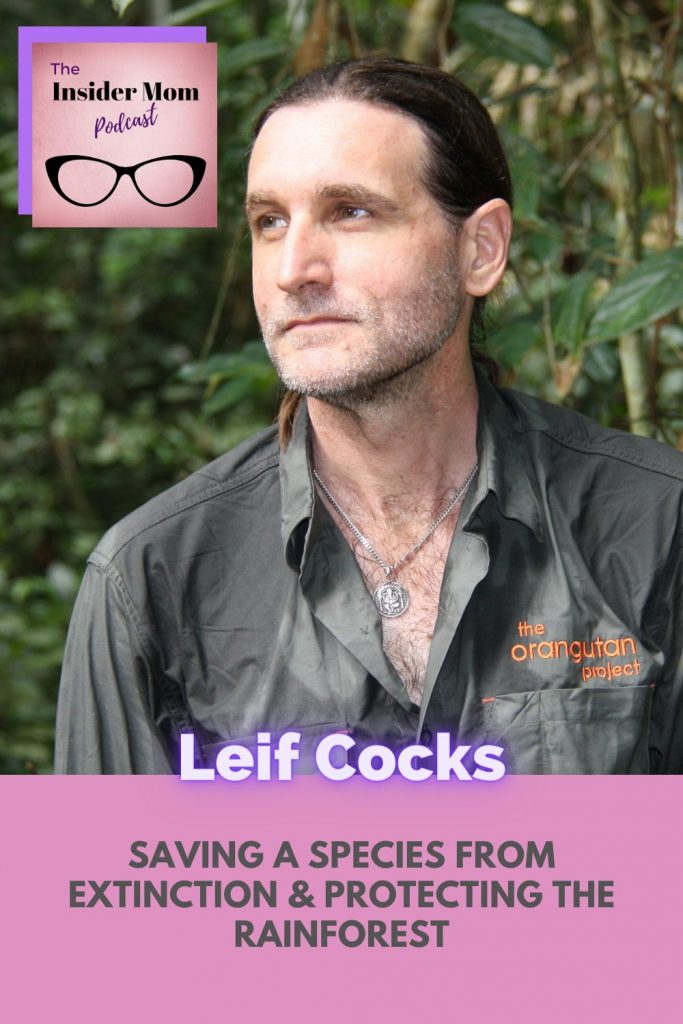 All Posts »
PrevPreviousSurviving the Waiting Room: A Mother’s Journey to Becoming a Coach
NextTop Tips for Updating Your LinkedIn Profile and What to do with a Gap Period in Your WorkNext