Home » From Kickstarter to Shark Tank – The Story of Dreamland Baby

From Kickstarter to Shark Tank – The Story of Dreamland Baby

Tara Williams had just recently lost her job. On top of that she had a newborn and three other kiddos to look after. To say she was tired would be an understatement. She was extremely exhausted. Her husband had also lost his job at the time and they were scrambling to figure out a way to keep their family afloat.

At the time, her mother in-law had sewn a sleep sack for her youngest and it worked like a charm in helping him sleep, which means she had more time to get some shut-eye too and she felt so much better. That’s when she had the idea to create a company that would solve the problem of sleepless nights for many families, and Dreamland Baby was born.

In this episode she shares how she was able to raise the initial $25,000 she needed to have the sleep sacks manufactured, by creating a Kickstarter campaign, which led to her company and product being featured on Shark Tank.

Make sure to have a listen and check out their products at:

This episode was recorded earlier and published on Janurary 12th, 2021 on The Insider Mom Podcast 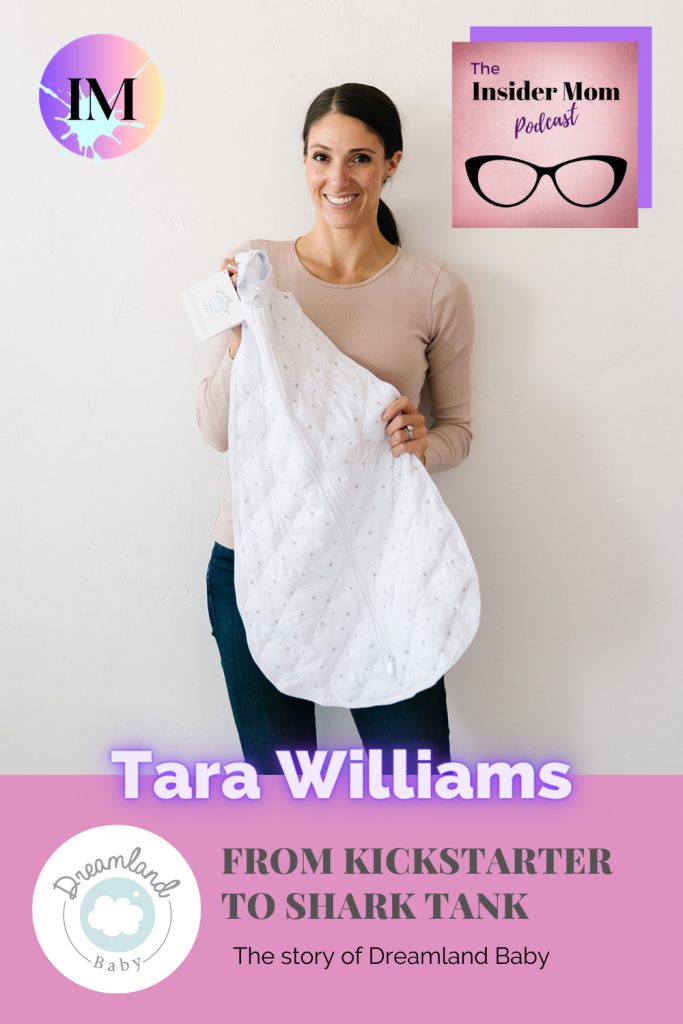